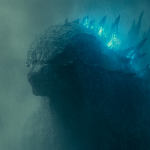 Those Who I Think Are DespicableEdit

Shows I Find Similar to ALFEdit

Both shows had 4 seasons, and their first 2 seasons were better than the last 2 seasons.

Both shows represent a family living with an alien. American Dad is unrealistic while ALF actually makes the audience decide the Tanners would do exactly what any American family would do if they had an alien crash into their home.

Both shows represent an alien coming to live with at least one human.

10. NBC had WAY more shows to put on for broadcast, especially present time and the future

9. There were more shows involving science-fiction or alien life that were starting to throw away ALF

8. The cast members had too much difficulty in the production of ALF. For example, Andrea Elson suffered from bulimia and all 4 main characters were complaining about how they had to be patient with the slow controlling of a heavy puppet.

7. NBC at first thought ALF could get a spot on a new channel.

6. As time passed, reviews became less positive about the show.

5. Other shows were dropping the ratings of ALF.

4. The room set for production was burning slowly due to the intense heat for shooting the show.

3. NBC thought that all episodes of ALF were nearly the same, and wanted to finally make the attention garner into where ALF got captured by the Alien Task Force, and how ALF escaped with his life.

1. A huge amount of the show's revenue was spent on merchandising, which meant the budget soon had to be dropped.

Retrieved from "https://alf.fandom.com/wiki/User:Godzilla101?oldid=6560"
Community content is available under CC-BY-SA unless otherwise noted.